Activejet with another Golden Laurel

In the ongoing 13th edition of the 'Consumer Laurel' contest - the countrywide consumer programme aimed at determining the most popular products, brands and services in a given year – Activejet has won the highest, golden award. Therefore, the brand has once again proved its status as a leader in the alternative printer consumables market. 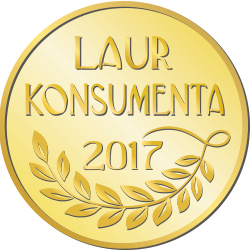 The 'Consumer Laurel' contest has been held since 2004 and each year it indicates the most popular products in particular categories. It is consumers who decide the winner by voting in telephone and Internet surveys. Products and services with the highest number of votes win the Golden, Silver, or Bronze Consumer Laurel - for the first, second, and third place, respectively. This year, just like in recent years, Activejet was the brand most often mentioned by respondents in the 'Printer Consumables' category, which led to its ninth Golden Consumer Laurel.

'The Golden Laurel is the award of particular significance for us. Not only is it a token of appreciation from our consumers, but also a recommendation they give to other clients', said Rafał Ornowski, the Representative of the ACTION S.A. Board of Directors for Activejet brand. 'Although it is the ninth award we have won in this contest, we do not rest on our laurels, and continue providing our customers with a product of the highest quality'. 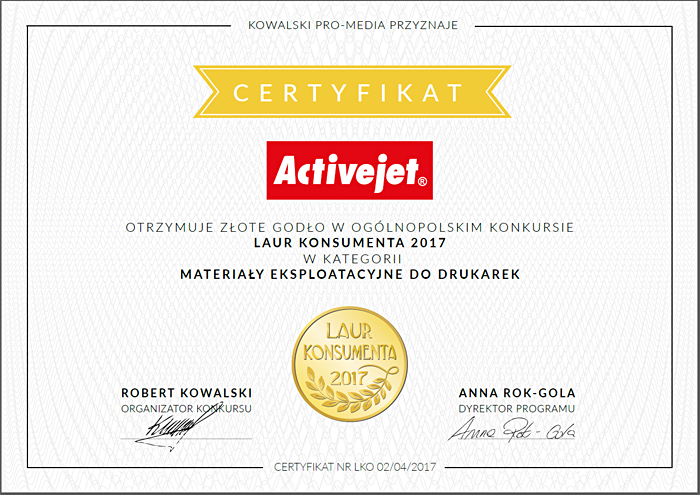